The Council of Women in Business in Bulgaria started new series of trainings after the success of the ones carried out in the first half of 2016. The topic chosen for the beginning was “Media in Bulgaria – Appearance in The New Age Media, Fusion of TV and Digital” with a lecturer Didier Stoessel, executive director of Nova Broadcasting Group. The head of the biggest media company in Bulgaria acquainted the audience of the new trends in media industry.

“It has been enormous growth in video views and the tendency is for even bigger increase”, Mr. Stoessel said. He focused on the ways traditional media groups should adapt their content in order to survive and prosper in one extremely dynamic developing market.

“Every single day the media environment gets more complicated, because of the necessity to produce video suitable for different devices and operational systems, and in various formats with different duration.”, he added. Big interest provoked the part of education in which Mr. Stoessel gave advice to participants how to behave in TV interview. “Be concise and clear”, shared Mr. Stoessel. “Tell what you’ve come to say without losing focus and remain consistent of the topic.”

Stoessel revealed a few kitchen secrets of how media chooses which news to broadcast and how the news emission is prepared. “We choose the stories of greatest interest and importance for our audience.”, commented Stoessel.  “We don’t take sides, but give different points of view. News should grab the attention”, he added.

The next seminar organised by The Council of Women in Business will be held on 30 September and 1 October. “If they could speak” with Kristina Kancheva as a lecturer is a two-day training that will help you to become a master of presentations.

Four more trainings are expected in October. Three of them are in different areas related to finance with a special guest – the finance consultant Oleg Grigorov. Because of the enormous interest The Council of Women in Business in Bulgaria will carry out once again the seminar “Business etiquette for professionals – the effective image and good style” with a lecturer Kristina Kancheva on 25 October.

Last week, BASE’s (Business Academy for Start-Up Entrepreneurs) fourth topic in Lovech was dedicated to market research and was with lecturer Boryana Velikova-Tosheva. Boryana is an entrepreneur, a founder of AQUABAR and a lecturer at...
Read more

NATIONAL AWARDS FOR INSPIRATIONAL ACHIEVEMENTS FOR DIVERSITY, EQUITY AND INCLUSION BY THE COUNCIL OF WOMEN IN BUSINESS IN BULGARIA WERE HANDED IN

On November 14, 2022, at the Grand Hotel Millennium Sofia, were honored the organizations and achievements in Bulgaria that provide a diverse and inclusive work environment, do not allow discrimination and build a better and...
Read more 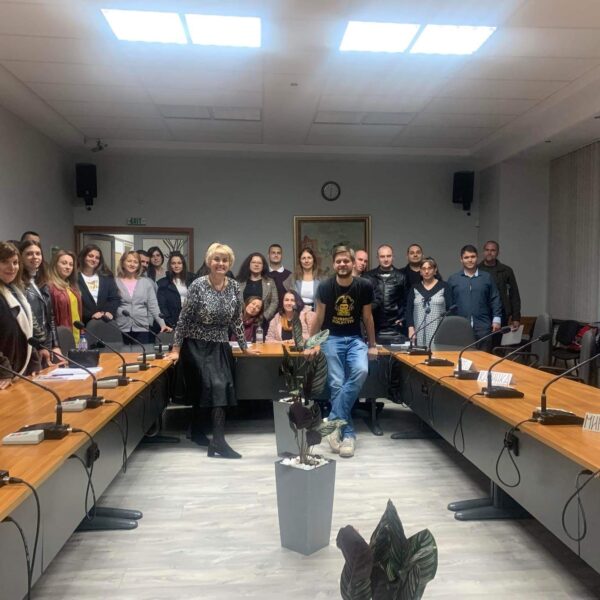 Alexander Grozdanov, creator and owner of Dextrophobia Rooms, was a lecturer at the third consecutive module of BASE (Business Academy for Startup Entrepreneurs) in Lovech. The topic of good examples and successful business models was...
Read more