Posted on August 30, 2018 Categories: News No comments yet

The interns from member companies of the Council of Women in Business in Bulgaria made wishes for their future professional and personal lives through their first vision board. Their mentor in the process was Dinna Temelkova. She opened the doors of the House of Sofia Art Space for the event which was part of the young.LEADERS.tall series within the Council’s National Internship Initiative.

“The idea of the so called vision boards is to visualize all aspects of life – personal, professional, social. The words have very strong power – through visualization you “shout” messages to the universe”, explained Dinna Temelkova. She added that this approach has been used for decades. The researches show that it is very popular among Olympic athletes. According to the Psychology Today research the processes observed in athletes’ brains when they lift weights are the same as when they visualize doing so.

The workshop ended with a presentation of the vision boards prepared by the interns. 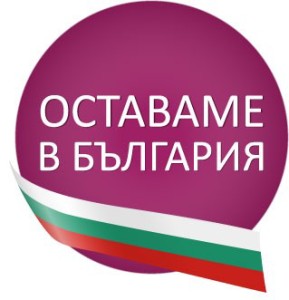 For the fourth consecutive year, the Council of Women in Business in Bulgaria has been organizing the National Internship Initiative “Stay in Bulgaria”. The program is oriented towards the youngest professionals and will enable them once again to prove their qualities and skills, to get involved into the real business and to find opportunities for development along with suitable environment and a stimulus for their professional realization in Bulgaria. The initiative is under the patronage of Mrs. Eva Maydell, MEP.

In 2018 the Council of Women in Business in Bulgaria launched its Young.LEADERS.talk series which takes place within the Council’s National Internship Initiative. Its purpose is to enable young people to meet their role models – political leaders, managers and young professionals who started their own careers as interns, as well as to visit some of the largest companies in Bulgaria.  In this way young people have the opportunity to get familiar with the business world and to learn how companies are organized and how they operate.

The Council of Women in Business in Bulgaria and A1 develop young leaders, ‎