Posted on March 1, 2019 Categories: News No comments yet

The world economy is losing $160 trillion in wealth because women worldwide are not equal to  men. This inequality is one of the most expensive but solvable problems the world is facing. This was stated by Kristalina Georgieva, World Bank Group Interim President. She presented the study “Women, Business and the Law 2019: A Decade of Reform” at an event jointly organized by the Council of Women in Business in Bulgaria and the World Bank. In the discussion were the Minister of Foreign Affairs Ekaterina Zaharieva, the Ombudsperson Maya Manolova, the Chairwoman of the Council of Women in Business in Bulgaria, and CEO of Siemens Bulgaria Dr. Eng. Boriana Manolova and Rumyana Trencheva, Head of Global Channels and General Business at SAP Central and Eastern Europe. The moderator of the event was Lubomir Alamanov, founder and managing director of Site Media.
The index, introduced in the study “Women, Business and the Law 2019: A Decade of Reform”, looks at milestones in a woman’s working life, from starting a job through to getting a pension, and legal protections associated with each of these stages. The data spans a ten-year period where 187 countries are scored according to eight indicators.
Bulgaria has come a long way in ensuring that a person’s ability determines the job you get, not your gender. This is reflected in the index, with Bulgaria scoring 93.75. It is one of six economies that removed all job restrictions on women over the ten-year period.
Six economies – Belgium, Denmark, France, Latvia, Luxembourg, and Sweden – now hold perfect scores of 100, meaning they give women and men equal legal rights in the measured areas. A decade ago, no economy could make that claim. 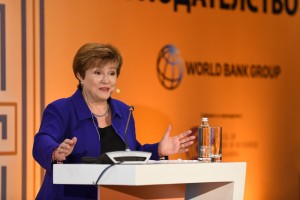 “A lot has been done, and progress has been achieved in 131 countries around the world, but today the average woman still has only three quarters of men’s rights,” said Kristalina Georgieva. She added that the average pay gap is around 15-20%, however Bulgaria is performing better with 14% pay gap. According to her, in the last decade Bulgaria has succeeded in eliminating the legislative barriers in two areas – paid maternity leave and the right to practice certain professions. Kristalina Georgieva pointed out that Bulgaria is among the five countries globally where women’s leaders in business are best represented.

“The report shows that in terms of access to jobs and entrepreneurship, Bulgaria is among the best performing countries. This is because the business and the state are working together. On the other hand, the business is making a lot of effort to create equal opportunities for women to grow,” said Dr. Eng. Boriana Manolova. She emphasized the importance of the fact that the Council of Women in Business in Bulgaria is the main partner of the event. “The Council brings together over 50 large companies and since its creation in 2012, we have set the goal of helping women develop their potential, take on more and more leadership positions, share best practices and encourage young ladies to achieve their goals,” said Boriana Manolova. She outlined the programs developed for these purposes – the Leadership Academy, the program for women leaders and the National Internship Initiative.
Commenting on the fact that the number of men and women employees and managers is equal in Siemens Bulgaria, Boriana Manolova said that when every company makes such efforts, the business would prosper. She quoted studies according to which women-led companies or companies with gender equality in their leadership have better survived the crisis and show better financial results.

“It is important for a woman to be considered equal and not to have to do more to overcome prejudices,” said Ekaterina Zaharieva. She expressed her satisfaction with Bulgaria’s front position in the World Bank report but said it is important to change not only the laws but also the way of thinking. The Ombudsperson Maya Manolova pointed out that for the past 100 years the situation of working women in Bulgaria has improved but has not changed enough to value their potential. She gave an example that in 2016 the average salary for men was 1054 leva and for women – 842 leva
Rumyana Trencheva emphasized the importance of role models in society and highlighted the tremendous progress in terms of women’s opportunities today. “Mentality change takes decades,” commented Rumyana Trencheva. She pointed out that business needs women, and that there are more and more women in the tech industry.
Tsvetanka Mintcheva, Head of Global Banking Services Division and Member of the Management board of UniCredit Bulbank and member of the Management Board of the Council of Women in Business in Bulgaria, and Irena Joteva, Managing Director of HILL International Bulgaria, also participated in the discussion.

At the end of the event Minister of Finance Vladislav Goranov expressed his satisfaction that Bulgaria is among the highest performing economies in women’s legal rights affecting work. He pointed out to many women in leadership in Bulgaria -the chairperson of the National Assembly; the  head of the parliamentary budget committee, the ombudsperson and her deputy etc. 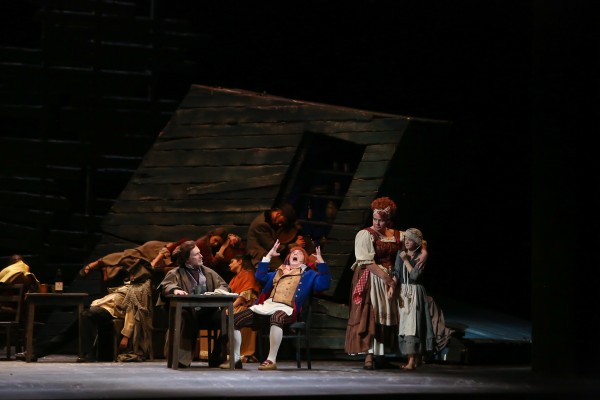 CWBB meets art at the beginning of 2020